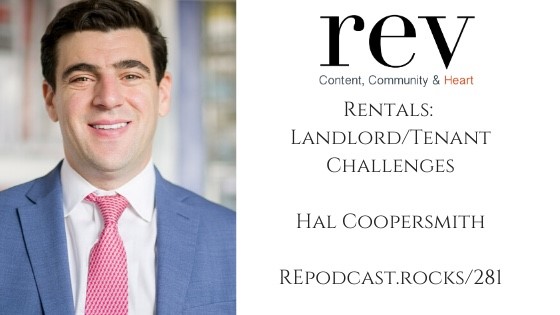 Prior to law school, Hal spent several years in the advertising industry, having risen to the position of Account Executive for GEICO and the History Channel. Before joining Coopersmith and Coopersmith, Hal honed his legal skills at McGuireWoods, the New York Legal Assistance Group as well as in the legal department of Channel 13/WNET. From 2015 to 2019, Hal was named by SuperLawyers as a Rising Star for the New York Metro Area.

In his free time, Hal hosts the New York Launch Pod, a podcast featuring conversations with a diverse group of New York entrepreneurs, who share their experiences and insights building new businesses.

In today’s episode, we discuss changes in regulations surrounding landlords and rental resulting from the current COVID situation.