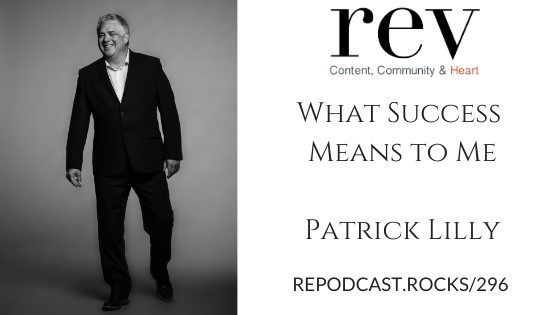 296 – What Success Means to Me with Patrick Lilly

In today’s episode, I’ll be discussing the ways in which I measure success in my own life.